Have you ever wondered which city has the most beautiful night city cruises in the world? We believe Budapest must be one of the top city cruise destinations, where sailing through the city, and into the port is like an opera finale after miles and miles on the long Danube river. While Europe has several top contenders, like Naples, Dubrovnik, London or Santorini, they will not let you in on their innermost beauties and secrets like Budapest does. Especially at night, when the lighted buildings provide a stunning backdrop to a beautiful city.

Indeed Budapest has a heart that flows, the Danube. No other city cruises will feel so picturesque (and underrated) like the ones in Budapest. The river Danube is the main vein and heart of the city, which both divides and unites Buda and Pest into a wonderful city landscape. And the best way to appreciate the views is on a Budapest cruise.

Over a thousand TripAdvisor reviews of the Danube in Budapest testify that it is a sight to behold with 4-5 star ratings.

The only “flaw” of the cruises is the flaw of nature, and human nature: the “Blue Danube” river is not blue, but often murky, especially when the river floods in the spring time grabbing soils, stones and riverfront plants away. But it does not take away from the night lit beauty of the cruises. The city and the river are real and living, buzzing waterfront, relaxed bars and pubs, romantic walks, and marvelous evenings. Experience Budapest at her best.

Did you know that Budapest is often called the Pearl of the Danube? When you get aboard a city cruise ship, you will see why. Enjoy her glittering beauty from the deck or from the comfortable seats inside the ship. Budapest has dozens of elegant and beautiful sights along the Danube, without exaggeration.

To mention but a few of the dozens of attractions along the two banks of the river Danube in the city of Budapest, you will see: the historical Chain Bridge, the elegant curves of the Art Nouveau Gresham Palace (Four Seasons Hotel) with the soaring domes of the majestic St Stephen Basilica behind them, the Hungarian Academy of Sciences. Now cruising north, you will see the neo-Gothic turrets of the Hungarian Parliament building, the 19th century Margaret Bridge, the Margaret Island and its Art Nouveau 19th century Water Tower.

As the ship cruises down to the south, passing by decorative historical residential buildings, on the Buda side you will see one of the 19th century Market Halls of Budapest on Batthyany Square (opposite the Parliament), and the towers of the Baroque St Anna Church, followed by the colorful roofs of the Reformist Church down by the riverside (aka Calvinist Church).

The next river Danube attractions on the cruise are on the Castle Hill. Here, you will be cruising in one of the UNESCO World Heritage sites with us, the treasure box of the river Danube: the greenish domes of the Buda Castle, the wonderful Gothic turrets of Matthias Church (the Church of Our Lady) up on the Castle Hill, whose colorful roof tiles are often paired with the Reformist Church roof in photos. The fairy tale Fisherman’s Bastion with its towers and terraces has witnessed hundreds of thousands of Danube cruises since its foundation in 1895. On the slopes of the Castle Hill, you can see the old Casino building, and the Buda Castle Bazaar, recently restored.

Further south, opposite the Buda Castle Hill, you can see several five star hotels between the Chain Bridge and the white modern Elisabeth Bridge, e.g. the Budapest Sofitel Hotel or the Budapest Intercontinental Hotel. While the modern box buildings themselves take away from the romance of the riverside attractions, they are definitely the best places for a five star hotel room, if you wish to enjoy the riverfront sights in the city throughout your Budapest visit.

Leaving behind the Hotel Intercontinental block on the Pest side, you can see the 19th century Vigado Concert Hall (home of the Hungarian Folk dance shows), a beautiful sight, again followed by a luxurious hotel, the Budapest Hotel Marriott. As you approach the white suspension bridge, the Elisabeth Bridge, you will spot the church towers of the Inner City Church, which is the oldest building on the Pest side, a history of over 800 years is shown in the architecture and interior of this beautiful church.

As the cruise ship goes under the Elisabeth Bridge, the next attractions along the Danube are the sights on Gellert Hill: the dramatic St Gellert Monument with the waterfall, commemorating the first bishop of Hungary and his martyrdom, the Statue of Liberty the allegorical figure of Freedom holding a palm leaf in her hand, which is the only Communist statue that has been fully accepted by locals, who were eager to pull down all Communist statues and memorials in 1989 when the last Soviet soldiers left the country. Next to the Liberty Statue, you can see the solid, bullet spotted walls of the 19th century fortification, the Citadel, built by Austrians to shot at Hungarians if they wanted to revolt against the Austrian Empire again (luckily never used for this purpose). On the other side of Gellert Hill, you can see the Art Nouveau facade of Gellert Spa the most artistic Baths in Budapest and Hotel Gellert by the elegant Liberty Bridge.

As you will see, the historical riverfront of the Danube in Budapest is mixed with modern buildings, like the Art’Otel Hotel, the French Institute, and many hotel buildings. 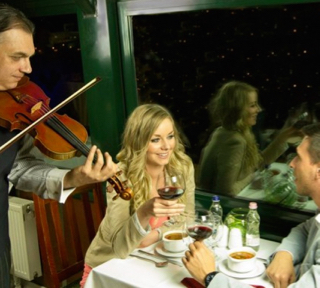 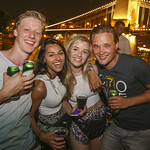 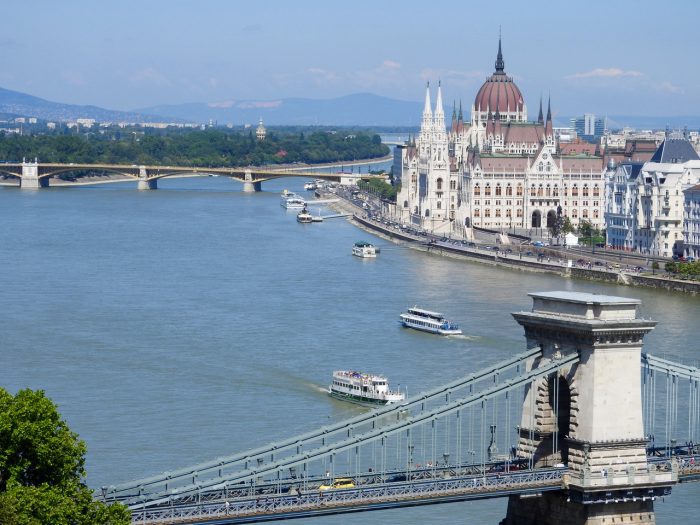 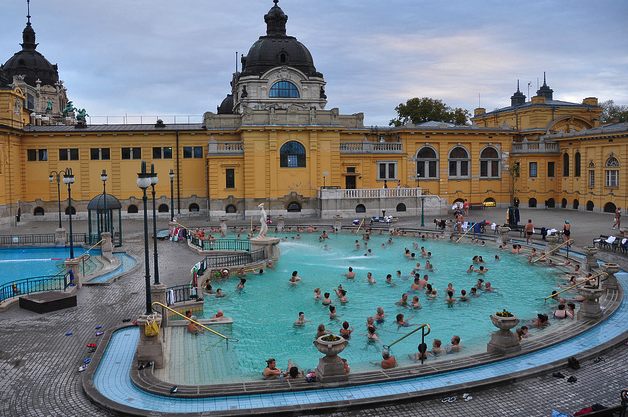 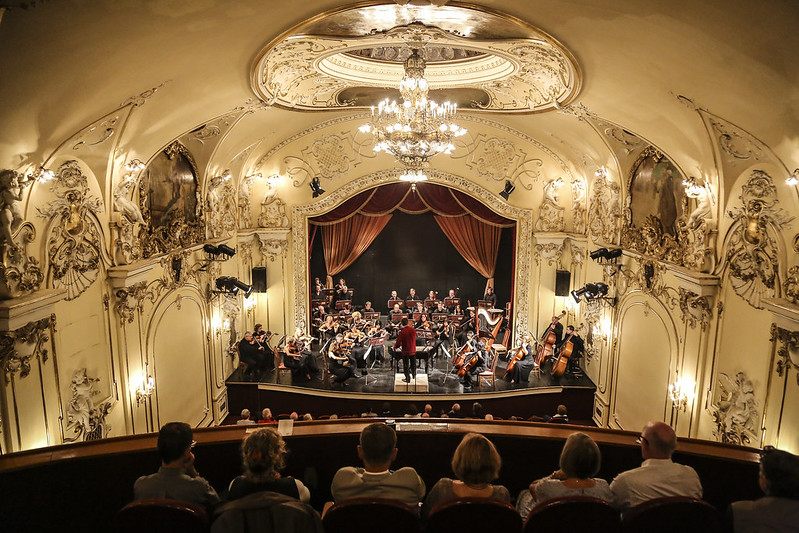 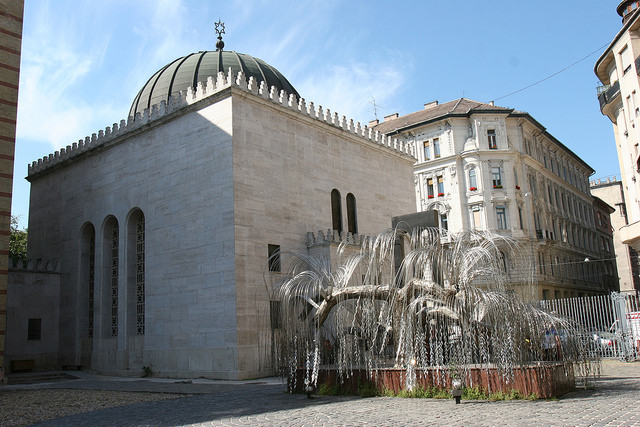